Which Is Better Google Pay vs Samsung:

Google Pay is a digital wallet platform and an online payment system, which owned and developed by Google. It is a fast and simple way to pay in millions of places like online, stores and more. With this, you can manage your bank account wherever you want.
Similar to Google Pay, Samsung Pay is also a mobile payment and digital wallet platform which lets you make card payments using a smartphone. This app allows you to upload your debit, credit, loyalty and gift cards and then pay in stores using your phone.

Google Pay uses NFC (Near Field Communication) technology to process payments which are similar to contactless payment. Google Pay allows your android devices to wirelessly communicate with point of sale system by using NFC, HCE (Host-based Card Emulation) and android’s security.
Samsung Pay uses both NFC and MST (Magnetic Secure Transmission). And it works by creating a magnetic field that reflects the swipe of a bank card on a payment terminal. Samsung Pay also works in a card terminal that does not have a contactless reader or its reader is disabled.

Google Pay:
To use Google Pay in your smartphone, first, you have to download the app from Google play store. After installation completes, open the app and sign in with your Google Account. Follow the setup instructions to secure the Google Pay account and add your bank account details. Now your bank account will be linked with Google Pay. Now you can use Google pay for all your purchases.

Similar to Google Pay, you have to download the Samsung pay app from the Google Play store. If you have the latest Samsung mobile phone, you need not download Samsung Pay from the Google Play store because it is pre-installed on your device. When you open the app you will first need to agree with terms of service and privacy notice. And click on ‘Add’ and enter your bank card information to add a bank card.
Depending on your bank, you may need to make a phone call after the initial set up of Samsung Pay. This is to check your bank card information and make sure there is no identity theft.

Where it is accepted?: 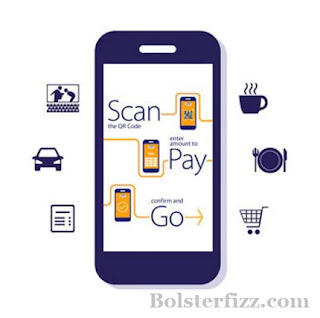 Samsung Pay: You can Samsung Pay on any terminal which accepts credit or debit cards because it uses MST Technology for payment. You do not need ‘Support’ from a retailer to pay for a store using MST. If they accept credit cards, they can access Samsung Pay as well without any additional support.

Google Pay uses tokenization technology which hides your card information during transactions, instead, sellers receive encrypted code. Google Pay creates its token within the cloud, so it is very secure. Google pay only needs your phone to be unlocked with pattern, pin, password or fingerprint to make payment.

Samsung Pay security is based on Samsung Knox and ARM TrustZone technologies. You can protect your Samsung pay app with PIN, fingerprints or iris scans to confirm the purchase. Payment is done with a virtual card number and a one-time authentication token, so it is very secure.